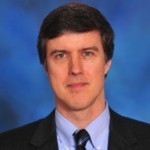 Letters of the Law: The Rise and Fall of University-Based Legal Education by Mail, 1875-1885

Professor Bernard J. Hibbitts, of University Of Pittsburgh School Of Law, presented a working draft of his work Letters of the Law: The Rise and Fall of University-Based Legal Education by Mail, 1875-1885. This work examines the early experiments in correspondence legal education that took place in university settings during the last decade of the 19th century and the first decades of the 20th.

From University Of Pittsburgh School Of Law, “Professor Bernard Hibbitts is Publisher & Editor-in-Chief of JURIST, the law student-powered legal news service he created at the Law School in 1996 that has since won multiple awards and accolades, including a 2006 Webby. Trained as a legal historian, his teaching and scholarship focus on the history of lawyering in the West (from ancient times to the present day) and the multiple roles lawyers have played in American culture. He is especially interested in how shifting communication techniques and technologies – e.g. speech, writing, print and electronic media – have shaped legal practice, education and thought, and he has published several articles on the legal significance of performance, orality, visuality and the senses”.

Hibbitts, Bernard J., "Letters of the Law: The Rise and Fall of University-Based Legal Education by Mail, 1875-1885" (2018). Faculty Workshops.
https://ecollections.law.fiu.edu/faculty-workshops/32