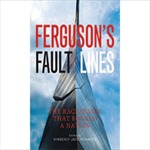 The Uncertain Hope of Body Cameras

Police body cameras offer numerous benefits and are likely a net positive, especially with members of the public increasingly concerned about police misconduct and excessive force and increasingly armed with their own recording technology. But the public debate about body cameras must reflect the nuance and complexity of camera policy, grounded in the limitations of video evidence and the hard questions of implementation. The current discussion-in which cameras are erroneously touted as magic solutions that resolve all problems-highlights the failure to recognize that complexity. And it should prompt government officials and all other stakeholders in the public debate to take a more cautious, realistic, and, hopefully, more effective approach to body cameras and to video evidence. If there is a common lesson from Ferguson, that should be it.