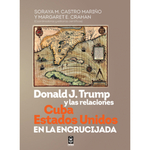 When Donald Trump became President, he promised to reverse the normalization process with Cuba begun by Barack Obama. In June 2017, President Trump announced a new framework for Cuba policy designed to redirect economic activity away from businesses operated by the Cuban military and towards the private sector. To that end, the US Department of the Treasury’s Office of Foreign Assets Control amended its Cuban Assets Control Regulations (CACR) to impose new travel and business restrictions with respect to Cuba. This chapter examines one of these new CACR provisions—31 C.F.R. §515.209, Restrictions on direct financial transactions with certain entities and subentities. Overall, 31 C.F.R. §515.209 creates a special regime of heightened sanctions within the Cuba sanctions program. The new provision promotes fissures and differentiation within the Cuban government by stigmatizing some sectors, i.e., military, intelligence, security, and privileging others. Another seeming goal is to use the licensing apparatus incident to better surveil changes in Cuban government. In effect, the new sanction sets out Platt-style parameters that reflect how the United States wants Cuban markets and state structure to evolve.