Home > LAWREVIEWSYMPOSIA > Made in Italy 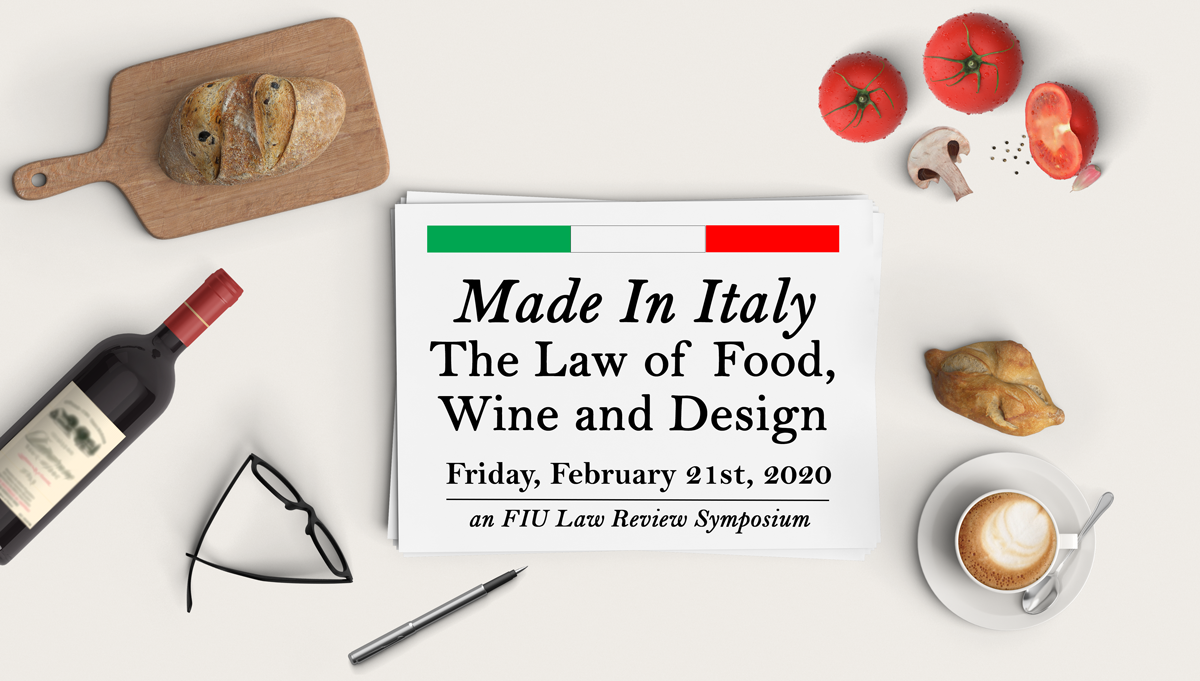 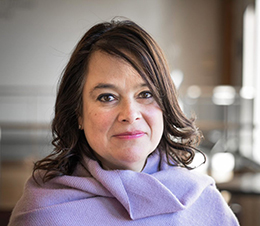 Helena Alviar Garcia obtained her SJD in Economic Law and Gender, and LL. M., at Harvard University and her law degree at the Universidad de los Andes. Professor Alviar García is a full professor at Universidad de Los Andes, where she served as the dean from 2011 through 2016. On September of 2019 she will join Sciences Po Law School.

An expert in law and development, property law, social and economic rights, feminism and transitional justice, she has been invited to participate in global networks regarding these issues and has edited and co-edited volumes with academics from Europe and the United States. Author of books, book chapters, published academic papers and essays including: Authoritarian Constitutionalism: Critique and Appraisal, co-edited with Günter Frankenberg (2019); The Distributive Politics of Impunity and Anti-Impunity: Lesssons from Four Decades of Colombian Peace Negotiations (co-authored with Karen Engle), in Anti-Impunity and the Human Rights Agenda (2016), Distribution of resources led by courts: a few words of caution in Social and Economic Rights in Theory and Practice (2014), Feminismo y crítica jurídica. El análisis distributivo como alternativa crítica al legalismo liberal coauthored with Isabel Jaramillo (2012). 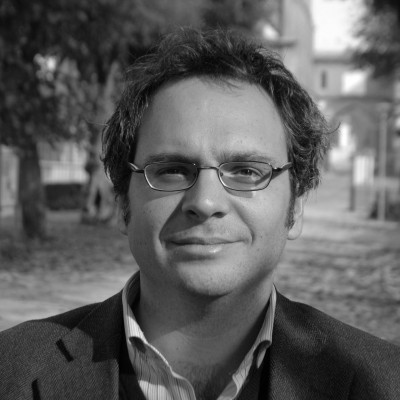 Born in Turin, Italy, Lorenzo Bairati received his law degree from the University of Turin in 2004 with a thesis on legal transplants of European private law in Latin America. He focused his studies on the method of comparative law, with special attention paid to the processes of harmonization, uniformity, and unification of legal systems within supranational organizations. Lorenzo Bairati participated in several national and international projects focusing on the complexity of legal sources and the multiplicity of levels of government in the European Union. From 2013 to 2017, Lorenzo Bairati was a researcher at the University of Gastronomic Sciences in Pollenzo (Italy) teaching courses on Food Law and European Union Law while also developing collaborative projects with other research institutions whose work focused on comparative and global food law. Since 2017, Lorenzo Bairati is Associate Professor of Comparative Private Law. His current research and publication projects include food global governance, international food trade law and food consumer protection.

More information on Professor Bairati’s work may be found here. 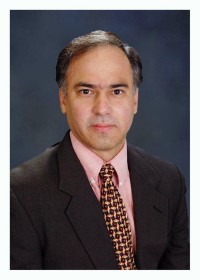 Professor Jorge L. Esquirol is a founding faculty member of the FIU College of Law. His scholarship focuses on comparative law and legal development in Latin America. His forthcoming book is titled “Ruling the Law: Legitimacy and Failure in Latin American Legal Systems” (Cambridge University Press 2019). Prof. Esquirol frequently teaches in Italy. He was the Fulbright Distinguished Chair in Law at the University of Trento for the 2015-16 academic year. In 2018 and again this year, he is a visiting professor at the Università del Piemonte Orientale, teaching a comparative commercial law course in Italian on secured transactions in Italy and the U.S. Prof. Esquirol is the faculty organizer of this FIU Law Review Symposium on "Made in Italy: The Law of Food, Wine, and Design." 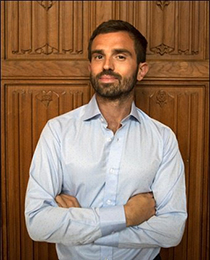 Since October 2019, Dr. Tomaso Ferrando is Research Professor at the University of Antwerp Law School (Belgium). Previously, he was a Lecturer in Law at the University of Bristol Law School and Assistant Professor at the University of Warwick School of Law (United Kingdom). He obtained his Ph. D. in Law from Sciences Po Law School in 2015 and has been an Italian barrister since 2011. He has been a Resident Fellow at the Institute for Global Law and Policy (Harvard Law School), Universidade de São Paulo (Commerce Law Department) and University of Cape Town (Public Law Department), and has taught law and food at the Universities of Sciences Po (Paris), Turin (Italy) and Externado de Colombia (Colombia). Dr. Ferrando’s work focuses on the link between law and food regimes, with specific attention to the interconnection between the international dimension (trade, investments and the human right to food) and the local dynamics. He has written about food waste, the broken aspects of competition law and the idea of food systems as a commons. He is also legal counsel for the Special Rapporteur on the Right to Food Hilal Elver and is a member of the legal committee of the Global Legal Action Network (GLAN), a pro-bono organization engaged in addressing corporate accountability transnationally.

More information on Professor Ferrando’s work may be found here. 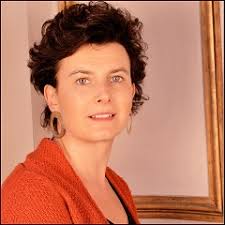 Professor Bianca Gardella Tedeschi is an Associate Professor of private comparative law at the Università del Piemonte Orientale. Professor Tedeschi received her bachelor of laws, with honors, from Università degli Studi di Genova and a master of laws from Harvard Law School. She also received a degree from the Faculté Internationale de Droit Comparé. Professor Tedeschi’s main fields of interest include contract law, tort law, comparative law, European law, and feminist jurisprudence. Her research is currently focused on the harmonization of European private law, which aims at finding and analyzing how movement towards integration of European private law are working, and women in the workplace.

More information on Professor Tedeschi’s work may be found here. 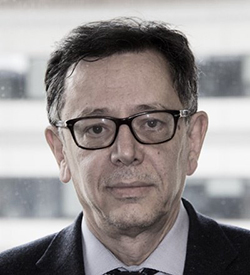 Professor Michele Graziadei is a Full Professor of Comparative Private Law at the Università di Torino and, among other things, President of the Italian Society for Research in Comparative Law and a Titular Member of the International Academy of Comparative Law. His wide-ranging interests include legal theory, legal anthropology, law and language, legal cultures and the making of transnational law. More specifically, he is an authority on the issue of legal transplants, on which he published a seminal chapter in the second edition of the Oxford Handbook of Comparative Law (Oxford University Press) in 2019.

More information on Professor Graziadei’s work may be found here. 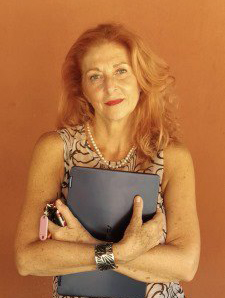 Professor Maria Rosaria Marella is a professor of private law at the Università degli Studi di Perugia, where she heads the PhD Program in Legal Science and the legal clinic on “Health, Environment and Territory”. Her research covers all areas of civil law and questions of method and policy, legal comparison and European law with a specific focus on feminist theories and critical thinking. Professor Marella was awarded twice the Canadian Faculty Research Program Award and studied for periods of time at the McGill University Faculty of Law in Montreal, and the Faculty of Law at the University of Toronto. She is editor in chief of the “Rivista critica del diritto privato” and member of the steering committee of several law journals. In 2006, Professor Marella was appointed by the Italian Parliament ‘Giudice Aggregato della Corte Costituzionale’. She was a member of the “LGBT Rights and Freedom” Study and Counseling Commission at the Presidency of the Council of Ministers - Department for Equal Opportunities. In 2010, she was appointed by the Umbria Regional Council President of the Commission for Regional Statute Guarantee.

More information on Professor Marella’s work may be found here. 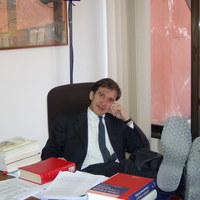 Professor of Law, University of Perugia Department of Law

Professor Giovanni Marini is a Professor of Law at the University of Perugia, where he teaches comparative private law, European private law, and North American law. In addition to his role as a professor, Professor Marini serves as the Director of the Department of Law at the University of Perugia and Coordinator for the steering committee of the International Ph. D. program in Law, “Public Law and Construction of Legal Traditions.” Professor Marini’s past experience includes researching “European Integration in the light of American Federalism” at the European University Institute in Florence, Italy. He was also a part of scholar exchanges with Florida International University in Miami, Florida and Universidad de Los Andes in Bogota, Colombia.

More information on Professor Marini’s work may be found here. 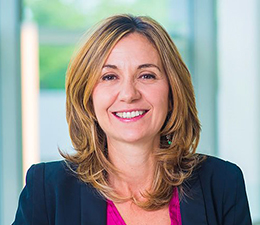 Fernanda G. Nicola is Professor of Law at the Washington College of Law, American University and she is the Director of the Program on International Organizations Law and Development. Her research and teaching interests are in European Union and Comparative Law, Local Government Law, and Tort Law. She received her PhD from Trento University and her SJD degree from Harvard Law School where she was the recipient of the Mancini Prize in European Law, and the Justice Welfare and Economics fellowship at the Weatherhead Center for International Affairs. Professor Nicola is a member of the American Society of Comparative Law (ASCL) and the International Academy of Comparative Law (IACL). She was a Fernand Braudel Senior Fellow at the European University Institute (EUI) in Florence and a Visiting Professor at LUISS in Rome. She is a Permanent Visiting Professor at iCourts, the Danish National Research Foundation’s Center of Excellence for International Courts. In 2017, she published with her historian colleague Bill Davies, EU Law Stories: Critical and Comparative Histories of European Jurisprudence.

More information on Professor Nicola’s work may be found here. 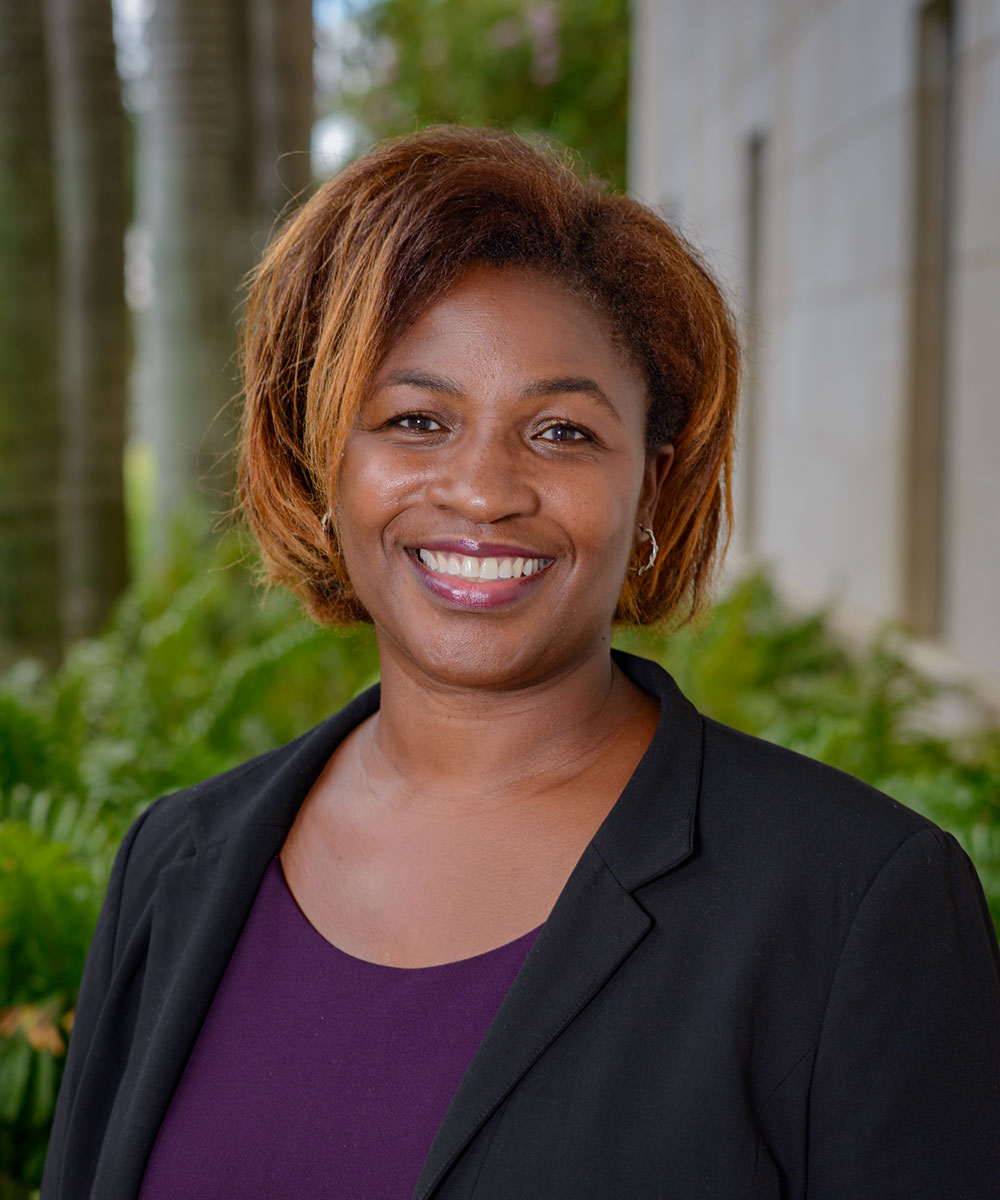 Professor Janewa Osei-Tutu is an Associate Professor of Law at Florida International University College of Law. She holds an LL.M., with distinction, in International and Comparative Law from McGill University, one of the premier academic institutions in Canada. Drawing on her academic and practical experiences, Professor Osei-Tutu’s scholarship focuses on the relationship between trade-related intellectual property, human development, human rights, and culture. She joined academia after several years of intellectual property (IP) practice as Legal Counsel to the Patent & Trademark Office, and the IP Policy Directorate at Industry Canada (USPTO equivalent). Osei-Tutu’s legal experience includes commercial law practice with leading law firms in Canada and Ghana. She also clerked as an Associate Legal Officer for Trial Chamber II at the United Nations International Criminal Tribunal for Rwanda in Tanzania.

More information on Professor Osei-Tutu’s work may be found here. 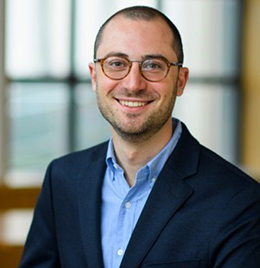 Professor Tommaso Pavone is a Ph.D. candidate in the Department of Politics at Princeton University, specializing in comparative politics, law and society, and political sociology, with a region focus on the European Union (EU). He is a 2018-2019 Graduate Fellow at the Princeton Institute for International and Regional Studies (PIIRS), as well as a Graduate Associate in the Program in Law and Public Affairs (LAPA) and the European Union (EU) Program. At Princeton, Professor Pavone also served as the editorial assistant at World Politics and as the founder/coordinator of the Department of Politics' Qualitative Research Seminar. Professor Pavone’s research analyzes how judges and lawyers promote institutional change within and across national borders, particularly in Europe.

More information on Professor Pavone’s work may be found here. 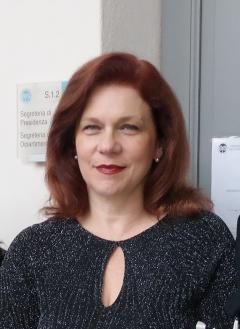 Professor of Comparative Law, Faculty of Law of the University of Insubria in Como, Italy

Professor Barbara Pozzo is a Professor of Comparative Law at the Faculty of Law of the University of Insubria in Como (Italy) since 2001. In this position, Professor Pozzo teaches Comparative Legal Systems, Comparative Law and Language and Legal Translation. She is the Coordinator of two initiatives: “Law and Cinema” and “Law and Literature” as methodologies to approach comparative law for students of other faculties (in particular: for the students of “Cultural and Linguistic Mediation”). Professor Pozzo also is the Director of the Ph. D. Program in Comparative Law at the University of Milan, where she previously served as the Director of the Master Program in Environmental Law.

More information on Professor Pozzo’s work may be found here. 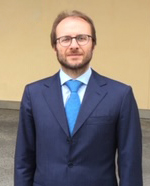 Gino Scaccia is Full Professor of Public Law at the Department of Law of Teramo University and adjunct Professor of Constitutional Law at the Department of Law of LUISS Guido Carli University in Rome. Since 1996, for over fifteen years, he has been working for the Constitutional Court, as an advisor to Justices and the President. He has carried out research and teaching activities in prestigious foreign Universities, in particular in Germany, United States of America, France, Spain and Poland. Author of more than 120 publications, he has been the Head of Cabinet of the Ministry of Infrastructures and Transport and a member of the National School of Administration management committee.

More information on Professor Scaccia’s work may be found here.